The Bio-Emotive Framework has been a life long work for me.

At one level it is an attempt to bridge the practical, experiential world of the clinician with the rigorous data driven, theoretical world of science and psychology.

While my clinical practice and Ph.D. training gave me the background abilities and insights with which to work, it was my wife’s and my relationship and life interests which was the ground from which the Bio-Emotive Therapy system emerged. 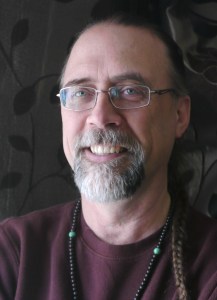 On another level the Bio-Emotive Framework is the result of a very personal quest for understanding myself and my relationships: striving to love fully in a marriage with four children, and sometimes finding myself acting in ways that were hurtful to the people I loved. Trying to cope with the chaos of married life and be better people, my wife and I did what we had been doing for years; we talked extensively, we studied, and we participated in weekend personal growth workshops, we did meditation retreats, etc.

In terms of the meditation and spirituality, we had studied intensively in the Fourth Way, Sahaj Marg, Buddhism, Yoga, Integral Philosophy, and other teachings. This helped immensely on some levels, but still something was missing. It was while working personally with spiritual teachers and leaders – people we admired and aspired to be like – that we realized they were struggling with the same inter-personal issues with which we, and everyone else, were struggling.

This was the missing piece; Spiritual development and growth, and the best of intentions, do not ensure healthy inter-personal relationships. (In some of my more informal talks in the early 2000’s I referred to this as “Why spiritually advanced people still do and say dumb things”.)

It was after this realization, and in becoming more familiar with Ken Wilber’s Integral Theory, that I slowly began to see the Bio-Emotive Therapy I was developing with my clients in a larger, evolutionary context.

Using insights from Spiral Dynamics and Integral theory, the Bio-Emotive Framework revealed a new perspective on it all. We, as a culture, suffer from cultural alexithymia. My clients, while suffering personally and idiosyncratically from depression, anxiety, marital discord, etc, were all suffering from this cultural affliction.

It allows individuals to fully integrate their feelings and emotions into their functional lives, to live fully at a post-modern stage of development and beyond.

Recent Developments in Psychology that Support the Bio-Emotive Framework

The Bio-Emotive Framework is also supported by more than my anecdotal evidence, in that it is similar to many other recently developed therapies that emphasize emotional processing and that do have strong research supporting them, including Dialectical Behaviour Therapy (DBT), Acceptance and Commitment Therapy (ACT),  Emotion-Focused Therapy (EFT), Internal Family System (IFS) and Coherence therapy.

The Framework also has strong face validity in that it looks and feels true when you examine it closely; its internally consistent and coherent, maps onto everyday life and experience, feels right when you actually try it out, and it provides new insights and ways of working with problem areas that have been resistant to change with previous frameworks.  It differs from other emotionally informed therapies such as ACT, DBT, and EFT in that it provides a much more detailed language for understanding and working with the emotional activation.

An interesting feature of the Bio-Emotive Framework is that with one or two exceptions it does not contradict any of the fundamental assumptions of other psychological therapies (such as cognitive, behavioural, inter-personal, etc) and can be used as a powerful complement to those therapies. One way it does so is by clarifying some important healing processes that often occur in effective therapy, even if they are not consciously articulated and understood in those other therapies.  For example, some cognitive-behavioural therapy (CBT) clinicians now recognize the importance of reducing “experiential avoidance”  in their clients, meaning they now encourage clients to fully experience their feelings and sensations, as a necessary part of therapy (and life).   This is a considerable contrast to past CBT theory which believed all that was necessary for exposure therapy to work was exposure to the feared stimuli.

The Bio-Emotive Framework complements CBT by having an elaborate understanding of the important experiential elements and a detailed language to help a person experience and express those feelings and emotions.

Anecdotal Evidence for the Bio-Emotive Framework

Part of the evidence for the usefulness of the Bio-Emotive Framework is that many of the people I have seen and helped with the framework have tried one or more other psychological and behavioral therapies prior to seeing me, some of them for over a decade.  Besides getting better (and some actually recovering from their conditions, not just learning to cope with them), most report this way of working as being more beneficial and effective then the previous therapies they had tried.
There are other potential explanations for this, such as the person’s life conditions having changed at the same time they started seeing me, or that they resonated with me as a therapist more then they did their previous therapists, or that some mental health condition sometimes go away over time, etc.
However the sheer number of people I have seen and helped over the last decade-plus start to weaken these alternative explanations: It may just be that this framework is a powerful and effective new way of understanding and working with many mental and physical health conditions.

Dr. Tataryn received his Ph.D. in clinical psychology in 1991 from the University of Arizona, minoring in statistics and research methodology.

He spent ten years as a research professor with the University of Manitoba, affiliated with Manitoba Centre for Health Policy and then the Faculty of Nursing, a clinical psychologist with the Manitoba Cancer Treatment and Research Centre, and held a post-doctoral fellowship from the National Cancer Institute of Canada and is published in psychology, health services research, and research methodology.

Dr. Tataryn is a long-time meditator (47+ years) and founder of the Bio-Emotive Framework. He conducts seminars in integral theory, sports psychology, and the integration of psychology and spirituality. He has becoming a popular guest of podcast platforms and radio networks, is hosting online emotional training programs with attendees from around the world, and travelling and hosting emotional clearing workshop intensives around North America. His is presently working with advanced meditators and spiritual teachers on balancing life after enlightenment, using his own version of the Four Facets (integral) Model of Human Transformation.

Married 34 years with four adult children, his wife and he are both emerging teachers in the Namgyal Rinpoche line of the Karma Kagyu tradition. His wife is also an ordained Zen Priest of the Hollow Bones Order and he and his wife and eldest daughter Hoji Alexandra were certified in 2021 by the late Dr. Culadassa John Yates to teach the Mind Illuminated Method of Shamatha-Vipassana.

The Self – Paced Course